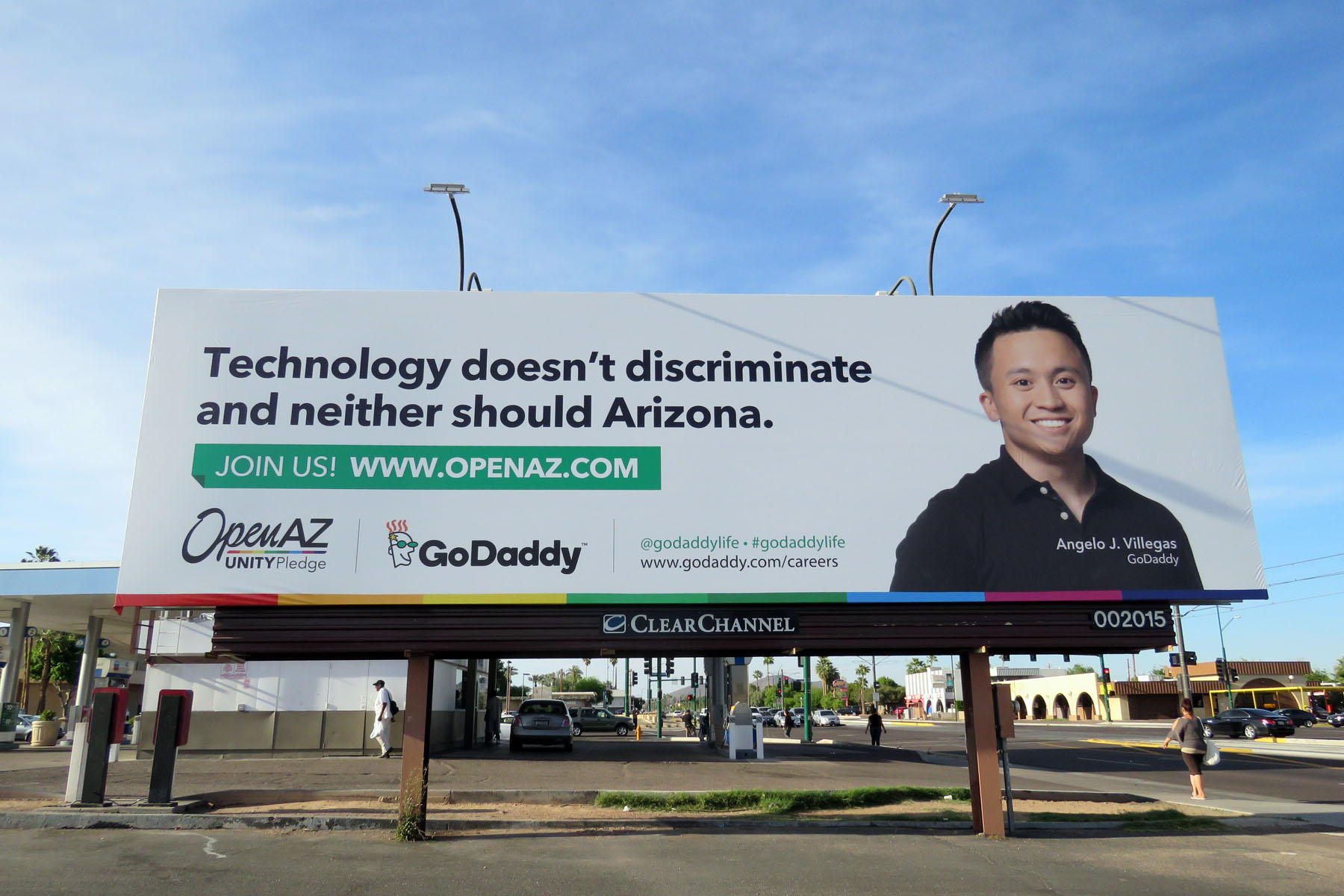 Beginning on April 3rd, 2017, ONE Community will be launching an educational billboard campaign, in partnership with businesses across the state, aimed at raising public awareness that Arizona’s current non-discrimination laws are not inclusive of sexual orientation or gender identity.

Currently, only five municipalities have ordinances that ban discrimination; however, Arizona has no statewide laws that protect gay and transgender individuals from being fired based on their sexual orientation or gender identity, or discriminated against in housing and public accommodations.

The educational campaign will encompass 14 billboards concentrated in the metro Phoenix area and will run for eight weeks.  The billboards will feature marquee businesses in Arizona that support inclusion and equality for all Arizonans including Devereux Arizona, FASTSigns on Central, GoDaddy, KEO Marketing, Community Tire Pros and Barrio Cafe calling on Arizona to update its policies for the betterment of all Arizonans.

Sheila Kloefkorn, CEO and President of KEO Marketing Inc., an interactive marketing and social media firm, said, “Diversity and inclusion are part of our core values and they've also contributed to our success.   But we want our employees to have equal protections both in and out of the workplace.  They shouldn't have to worry about being denied housing or refused service from a medical facility simply because they are gay or transgender,” concluded Kloefkorn.

Katee Van Horn, Vice President of Engagement and Inclusion at GoDaddy, said, “I am proud to work for an organization that has a fully inclusive non-discrimination policy.  At GoDaddy, our employees know they are judged on their performance – nothing more, nothing less.   They never have to fear that they can be fired simply for being who they are.  We want that for all Arizonans, regardless of where they work,” concluded Van Horn.

The billboards will also point to www.OpenAZ.com where visitors can learn more about the state of Arizona’s non-discrimination policies; the importance of equal treatment to building a sustainable economy; and how individuals and businesses can join the ONE Community UNITY Pledge movement to create an Arizona that is Open for Business to Everyone.